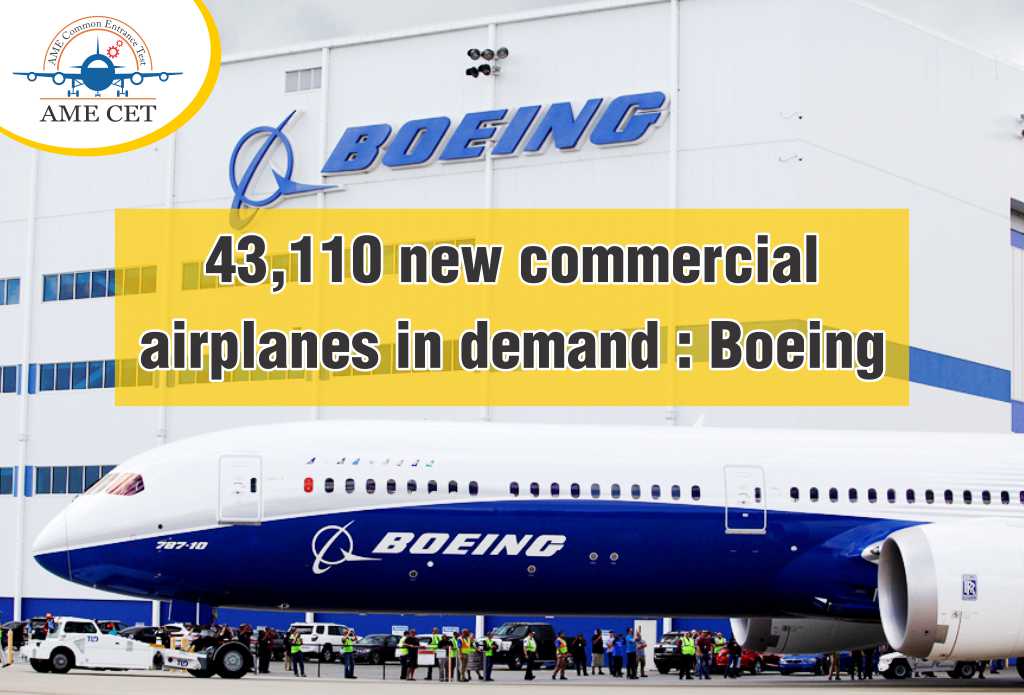 India becomes the world’s third-largest market in the aviation sector. Our country’s economic sector is predicted to grow at 5% annually, this is the highest of any emerging market. Aerospace major Boeing announced that aviation growth in India is expanding due to the middle class, and because of this almost 2200 new jets are in demand and valued at $320 billion over the next 20 years.

Boeing shared its Commercial Market Outlook (CMO), which predicts adoptable long-term demand for commercial airplanes. Whereas last year Indian air passengers were reduced due to the Covid-19 pandemic, most of the other countries and regions are recovering domestic passenger traffic more rapidly. Recently it was reaching almost 76% of pre-pandemic levels.

According to the CMO, Covid-19 was a very big challenge for every country as well as for every sector. But by 2030 the air passenger traffic in the countries will double. It is being estimated by the Commercial Market Outlook (CMO) of Boeing.

The statement was driven by India’s manufacturing and e-commerce sectors that “in the coming 20 years India air corgi growth is anticipated approx 6.3% annually.

Boeing Managing Director of regional marketing David Schulte said “Indian carriers have opportunities for growth in international markets. Several airlines have started or plan to start non-stop routes between India and North America to serve a passenger preference for direct service flights. With greater demand for domestic, regional, and long-haul travel, we anticipate India’s commercial fleet will grow four-fold by 2039.”

Salil Gupte, the president of Boeing India said that “India’s burgeoning manufacturing and services business means the region is uniquely positioned to become a major aerospace hub. We remain committed to partnering across India to develop the nation’s aerospace ecosystem, as continued investment in the civil aviation infrastructure and talent will enable sustained growth.”

Globally, Boeing projected that they need almost 43,110 new commercial airplanes. Further, they also demand the service of the aftermarket that will be equal to $9 trillion within 20 years.