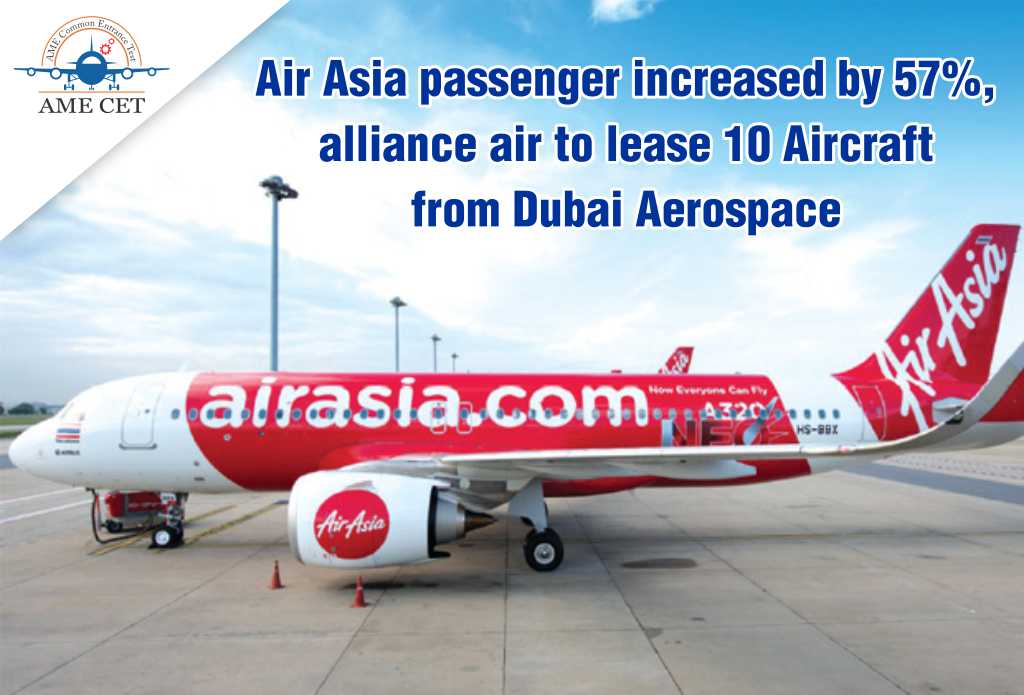 Air Asia’s passengers are increased by 57% which means almost 8.4 lakh. It is a very huge number in terms of the profit margin. The company said that the main reason behind the increment in the number of passengers is the expansion of service on new routes and also increasing the number of seats in the airplanes.

Alliance Air, a subsidiary of state-run Air India, will lease 10 small aircraft from Dubai Aerospace Enterprises. It will do this to serve more airways under the government’s ambitious regional air connectivity scheme UDAN. It is noteworthy that the company has started air service on the Delhi-Shimla route under this scheme only last week.

Alliance Air lease 10 aircraft from Dubai Aerospace. This means that it is directly proportional to the employment sector of the aviation sector. From the above article, we can summarise that candidates who want to pursue their career in the field of aviation sector will get many benefits from this sector. Furthermore, they built their career in a tremendous way. When Air Asia takes 10 aircraft on lease from Dubai aerospace, which will result in the increment of the employments and as well as the salary of the existing employees.