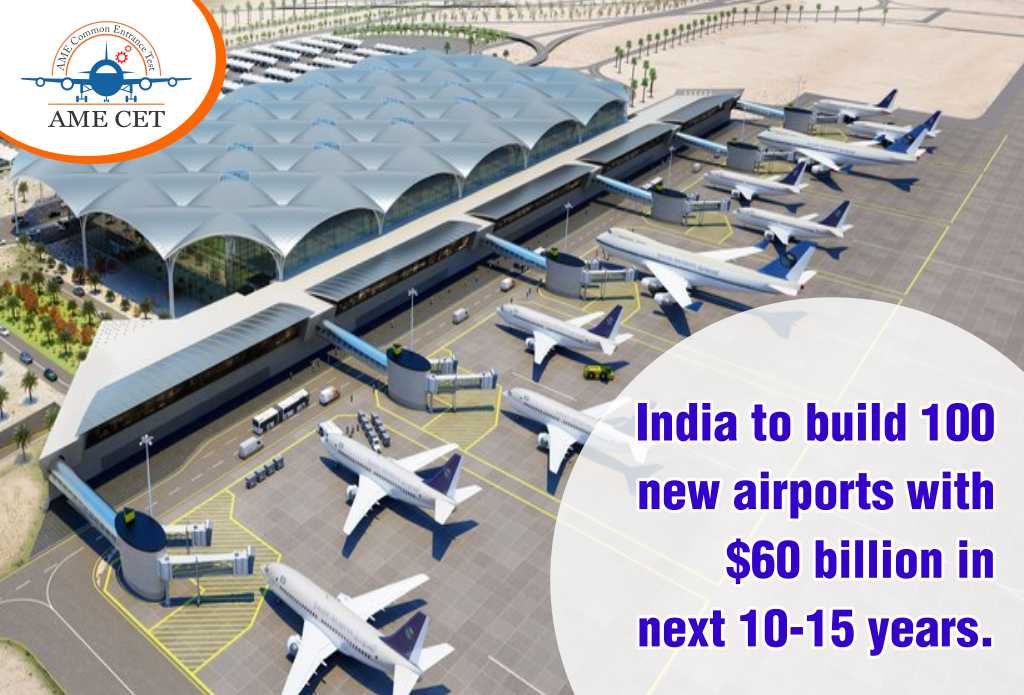 The government plans to build 100 airports within the country in the next 10 to 15 years. Ex-Civil Aviation Minister Suresh Prabhu said that it will cost about $ 60 billion (about Rs 4.2 lakh crore). The country’s (India) aviation sector is one of the fastest-growing in the world. It has consistently recorded double-digit traffic growth in the last 50 months.

Prabhu said 100 new airports would be developed in the next 10 to 15 years. It will cost about $60 billion. It will develop on the basis of public-private partnerships. He said that the government is also working on formulating a policy for the carriage of goods by air.

According to the International Association of Airlines (IATA), India’s aviation industry has overtaken the airlines of Germany, Japan, Spain, and Britain to become the third-largest air travel market in the world.

What will the students get from this

At least 100 airports will open in India in the coming next 10 to 15 years, says ex-aviation minister Suresh Prabhu. If 100 airports are built in India, then employment will increase at an unexpected rate in the aviation sector. You know when a new airplane come under the passenger service or cargo service, then at least 100 aircraft maintenance engineers, aerospace engineer are needed.

Build 100 airports in India which means directly 2000+ approx vacancies are available in the aviation sector in the coming 10 to 15 years. The number of vacancies that are given above is 100% fluctuated. So, if you are willing to make your career in the field of the aviation sector, then grab the opportunities as soon as possible.