India will need 2380 new aircraft in the next 20 years, it will create huge number if jobs for pilot and aircraft engineers in India: Boeing 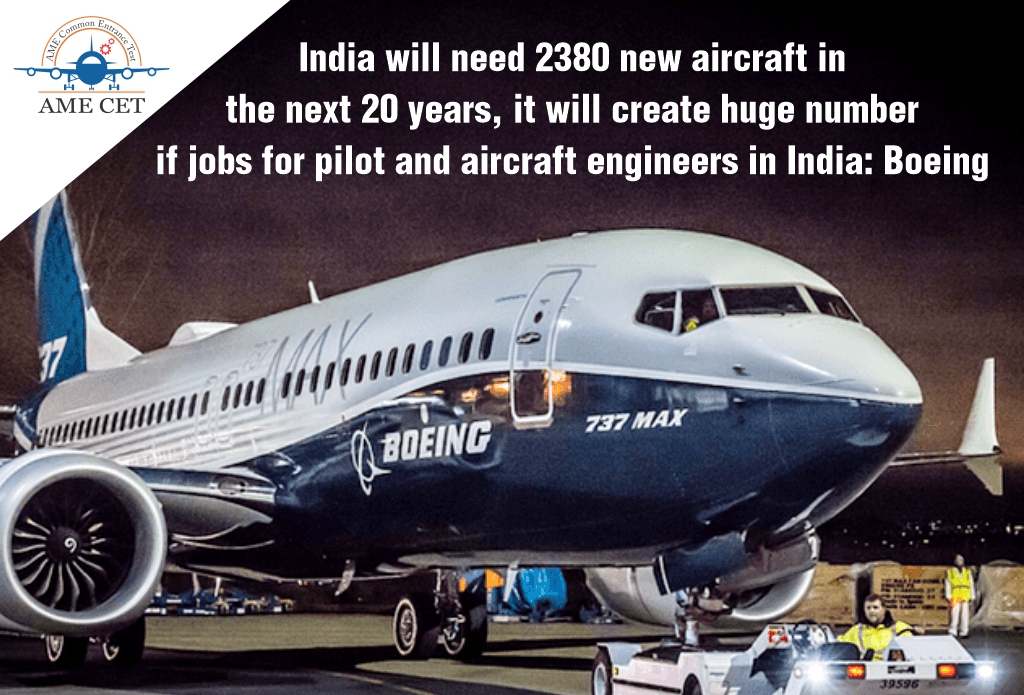 Global aerospace major Boeing had estimated that India would need 2,380 new aircraft over the next 20 years, worth $330 billion. According to Boeing’s annual India Commercial Market Outlook (CMO) 2019.  For more, this prediction made by Boeing would be possible only due to some factors such as domestic passenger traffic growth, new long-term opportunities, and infrastructure development.

Indian CMO says “Operators are expected to spend $440 billion on maintenance engineering. It also aviation services to operate and maintain the expanding fleet.” To accomplish this, new aircraft will be needed, of which 87% will be incremented in all the new aircraft. In 2038 Indian Airline growth will increase 4 times from now. This means they have 2500 airplanes at present and after some time they have 10,000 airplanes.

Benefits for the students who want to indulge in the aviation sector:

The Boeing Company said it is impressive to see passenger growth in India. This market is the fastest growing in the world. Domestic air traffic has tripled in the past decade, while international air traffic has more than doubled. Furthermore, there is tremendous potential for even more growth as India’s middle class expands. More consumers are able to take off.

In 2038 Indian Airline growth increases 4 times from now. This means they have 2500 airplanes at present and after the coming year, they will have almost 10,000 airplanes. It will be leading the new job opportunities or employment. In the field of the pilot, aircraft maintenance engineering, aerospace engineering, and many more.