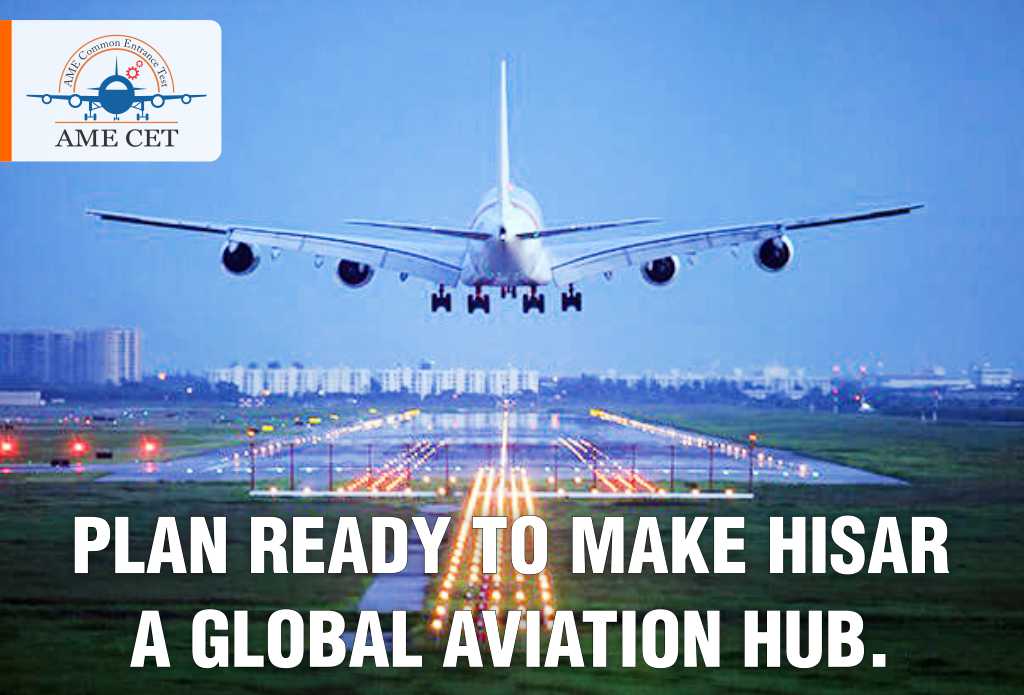 Haryana’s city of steel or nuclear education city Hisar is now going to become an aviation hub with ultra-modern global standards. Haryana State Industrial Infrastructure Development Corporation (HSIIDC) has made it in Hisar. It will have Aircraft  Maintenance, Repair, and Overhauling facility (MRO), Fixed Base Operation (FBO), and Aerospace Park.

An official spokesperson gave information about this ambitious plan. It was told that the Civil Aviation Department would soon invite suggestions from the aviation sector for this scheme. According to the plan, the aviation hub will be fully functional by 2022.

The MRO facility here will have an airframe, engine, and spare facility while the FBO will have a parking and transit facility, fuel and flight plans, rest houses, and enjoyable facilities for pilots and crew members, accommodations, industrial center, and conference facilities, charter flight operations and there will be an air taxi services. This Aerospace parking will manufacture parts for the aerospace and security sector.

Two major airports are in the vicinity of the Hisar and two National Highways NH-10 (Delhi-Rohtak Hisar- Sirsa) and NH-65 (Ambala-Kaithal-Hisar-Jodhpur) and state highway numbers 10,13 and 20 pass through. So Hisar is the right place for this project.

There are also 4 major railway lines, which connect Delhi, Mumbai, Punjab, Rajasthan, and Jammu Kashmir with Hisar. 194 acres are available for Hisar airport and 2000 acres can be provided immediately for this project.

MRO facility is viable for this project as the Indian aviation industry gets MRO to work outsourced outside the country. He said that less than 5% of MRO work is done in India. The Civil Aviation sector has gained momentum during the last decade and India is the 9th civil aviation market. According to the report of KPMG-FICCI, the Indian Civil Industry is the third-largest market in the aviation sector and will be the largest market by the year 2030.