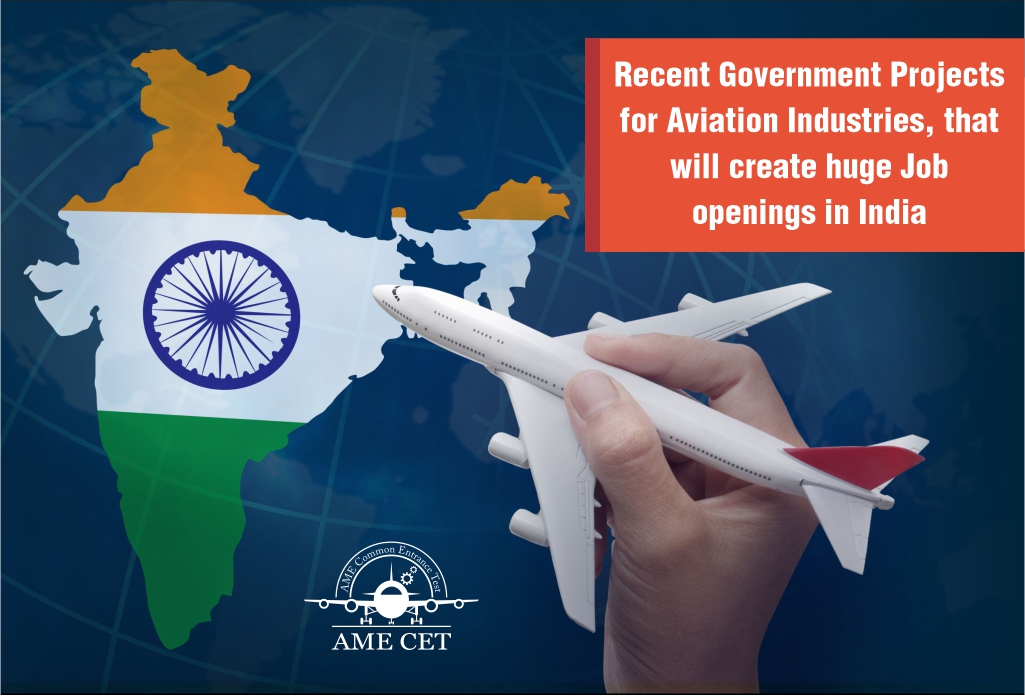 India has become the 3rd largest aviation worldwide. India has a total of 5 Indian and 91 international carriers which ensure that the country is well-connected with major countries. The aviation industry is always a good career option. Furthermore, the best part of the aviation industry is that anyone who has qualified 10th or above will have a vast career scope.

From the last 3 years, Indian aviation growth rate has reached an excellent number. Various reasons are behind this progress like the low-cost carriers, advanced information technologies, FDI in domestic airlines, modernization of airports, etc.

Aviation is always a great career option after the 10th and 12th examination. Furthermore, there are various types of jobs available in aviation which will directly take benefits of above government projects such as:-

Above career is the best option to walk with the time needed. Nowadays, airlines offer the cheapest airfare which is affordable for almost everyone. The future of the aviation industry is on the success path, there are various foreign companies set-up their business in India and creating a great number of jobs. Today is the best time to make dreams come true in the aviation industry.