Which is better, Aerospace Engineering or AME? 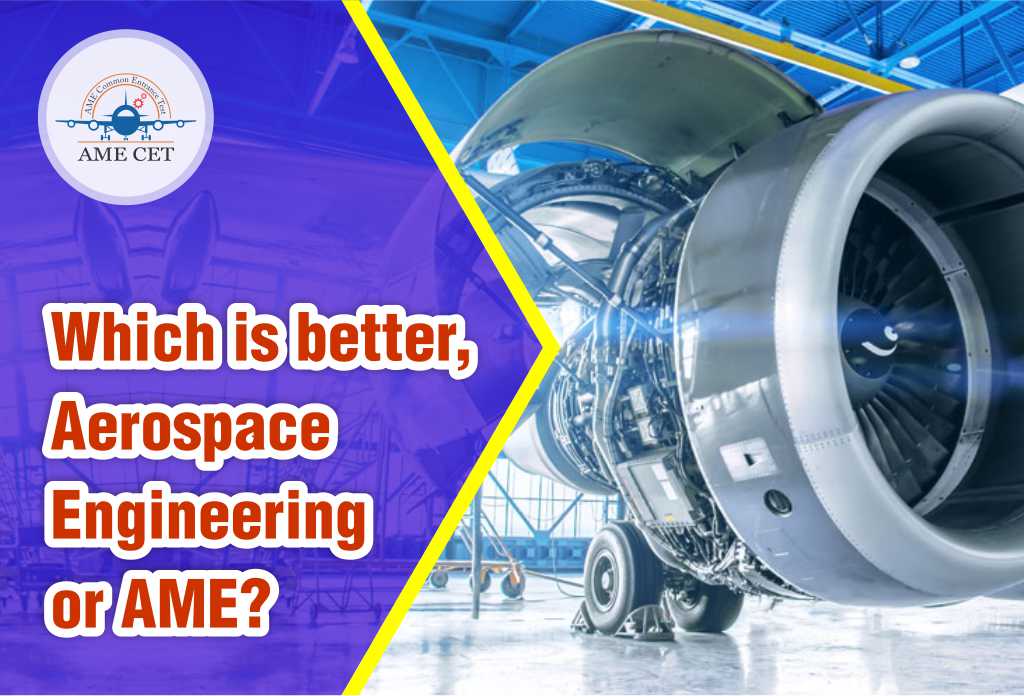 Both of the fields are really good in their own places. But if we talk about them individually, then we can see a huge difference. The field of Aerospace Engineering deals with the development of aircraft and spacecraft. AME deals with the maintenance, repair, and troubleshooting of the issue that occurred in an aircraft on the ground.

Aerospace Engineering is a field in which one has to design any aircraft of any kind like traveling, cargo, or space. This is one of the highest-paying fields. In this area, one will be able to get an amazing job with a great salary package.

The salary scope of an Aerospace Engineer is very high. One can find the salary packages below:-

The field of Aircraft Maintenance Engineering deals in the maintenance and repair of aircraft. The candidates willing to pursue this course must have amazing patience and skills. Furthermore, the responsibilities of an AME can include repairing, troubleshooting problems, conducting inspections, etc. Only after the approval of an AME can an airplane take off.

The scope in the field of AME is really good. The applicants who aspire to become an AME must know that they have a great career scope in the future. The following are the companies that hire an AME:-

If we see both of the courses and compare them, then the AME field is better. AME holds comparatively more scope in the perspective of a career as well as salary.